Emma Gaggio was born into a family that has worked in Venice in the fields of fabrics and upholstery since 1800. Her father’s clients included the Agnelli and Fürstenberg families, and the Teatro La Fenice (1960).

Although Emma attended liceo classico (secondary school specialising in the classics) and adored history and philosophy, her attention was turned to the highly valued craft of Venetian printing; she drew inspiration from – and continues – this tradition of the Serene Republic.

In 1985, she opened a large studio and workshop near Campo Santo Stefano in Venice where she developed the art of combining fabrics, designs and colours.

Contacted by companies in Milan, her products (cushions, tapestries, plaid…) were sold in department stores such as Harvey Nichols in London, and Gergof & Goodman, Neiman Marcus, Barney’s and the Pontatina shop in New York.

In 1990, she met Messieur Lavoix, director of Christian Dior Menswear (Esprit Chevalier collection), and from that moment she began working with a number of French fashion designers including Yves Saint Laurent, Emanuel Ungaro, Balmain, Louis Feraud, Leconanet-Hemant, Dominique Sirop, the interior designer of the Charles Jouffre Opera Theatre, Jacque Grange pour Décovar. In 2000 she opened a shop in Saint Germain, Paris, in the beautiful Rue Jacob.

In Italy, during the same period, she worked with Valentino and Fendi, and in 2006 with Gucci. In the USA, she was awarded a contract to furnish a private jet.

In France – together with architecture and interior design studios such as Alfa 5 Group, Oger International, “Saudi Oger ” and Kofra – she worked for clients in the Arabian Peninsula. 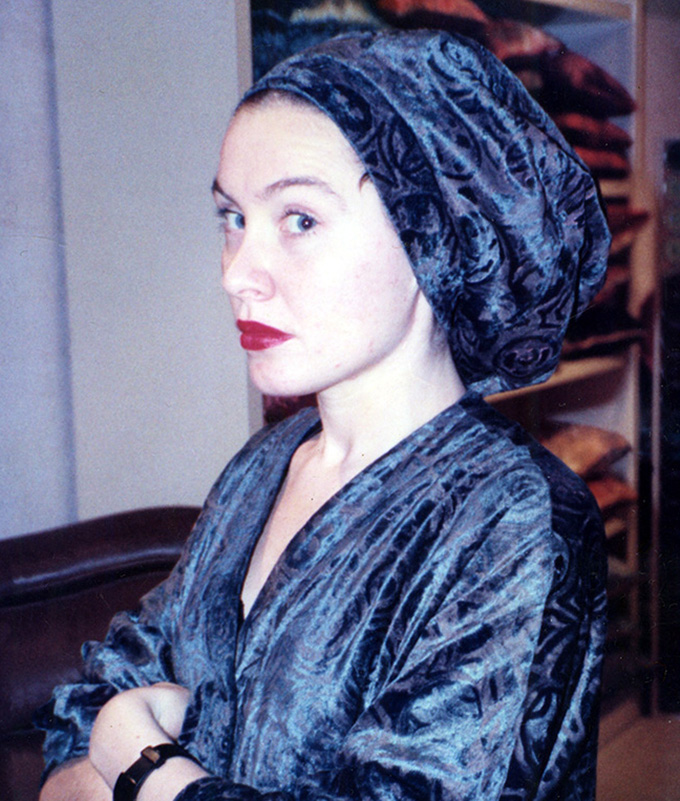